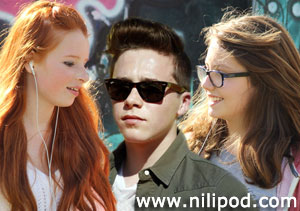 We're not quite sure how, but Brooklyn Beckham has turned into a bit of a heartthrob and we really like him. Nia even has posters of him up on her bedroom wall, and in one of them he is wearing a yellow and black stripy vest, making him look a little bit like a lovely bumble bee, rather than a nasty wasp.

So, understandably, we have started following him (not literally, we're not stalkers!) in the newspapers. As he is from a really, really famous family, The Beckhams (better known to many as 'Posh and Becks' or simply 'David and Victoria'), he always seems to keep appearing in the newspapers when there's not really even much of a story, grabbing the newspaper headlines for things like walking, shopping and skateboarding.

And that is how this part of our weekly podcast was born, and it even has its very own Brooklyn Beckham jingle. Why not sing us your own version and send it in as a voice message, so that we can play it out on the show.

Brooklyn's Driving Lessons - Brooks has been enjoying his driving lessons in style, learning to drive in a very luxurious Mercedes Benz car, while there have been many, many more sightings of him getting cosy with rumoured love interest Chloe Grace Moretz.

Partying at Coachella Festival - This week, Brooklyn popped over to California, so that he could hang out at America's version of the Glastonbury pop festival, Coachella, before heading back to London to go shopping with girlfriend Chloe Moretz.

New Girlfriend Chloe Moretz - After dumping and quickly moving on from his last girlfriend, French model Sonia Ammar, Brooklyn Beckham is rumoured to have once again hooked up with movie star Chloe Moretz, and sources even claim that they are now boyfriend and girlfriend.

Borrowing David Beckham's Clothes - Brooklyn seems to be constantly borrowing his dad David's clothes, leading to some funny photos in the newspapers, while the teenager has also been spotted out shopping in Los Angeles, eating a chocolate brownie and showing off his muscles on Instagram.

New Top Knot Hairstyle for Brooklyn Beckham - It seems that Brooks now has such long hair that he doesn't know what to do with it, but is a top knot really the answer? The whole family was working out at the gym this week and photographed leaving, looking nice and sweaty.

Brooks wearing a Pink Floyd T-Shirt - This week David and Victoria's 17-year-old son was spotted wearing a tie-dyed Pink FLoyd T-shirt and a backwards cap, while David spoke out to defend any claims of nepotism regarding Brooklyn recently working as a photographer for Burberry.

Concert with Friends and David Becks Leaving Family - It has been a quiet week for the budding photographer, although he managed to enjoy a night out at a concert with friends, while dad David Becks has spoken about how he hates leaving his lovely family to work - he's retired now though isn't he?!

UNICEF Charity Gala with David Beckham - Brooklyn has been living it up this week, partying with friends, supporting his auctioneer dad David at the UNICEF Charity Gala, and helping his nana blow out the candles on her fishy birthday cake.

Brooklyn Beckham's 17th Birthday - Brooks has been shopping for skateboarding accessories in London, partying at the Brit Awards, hanging out with Rocco Ritchie, and enjoying lots of treats for his 17th Birthday.

Harry Potter Glasses and Girlfriend Sonia Ammar - The teenager has had yet another busy week, attending an awards ceremony dressed a little bit like Harry Potter, and hanging out with friends at Disneyland, including his rumoured French girlfriend Sonia Ben Ammar.

Brooklyn's Skateboarding Stunt - This week Golden Boards performed an impressive skateboarding stunt, jumping over his dad David, while Sir Elton John has spoken out about his Godson, Brooklyn, saying that he was a good choice as a photographer for the latest Burberry photo shoot.

Brooklyn's Instagram Account / Rucksack Pictures - Brooks has been posting some more fabulous photos on his Instagram account, and this week we find out exactly what's inside his rucksack, and he also manages to kick a football right into a basketball hoop that is a very, very long way away.

Broolyn Beckham the Burberry Photographer - It's not been a great week for Brooklyn, as professional photographers around the world have been saying nasty things about him, basically because they are extremely jealous that he was a photographer on a recently Burberry fashion shoot, and not them!

That Pink Hoodie and Chloe Moretz - Brooklyn has been seen embracing his feminine side and wearing a rather lovely pink hoodie, whilst being spotted having a secret rendezvous with his gorgeous Hollywood actress friend Chloe Moretz at a swanky London restaurant.

Toy Guns on Instagram - Oh dear, Brooklyn has been in trouble this week with the press, when he took an arty black and white photograph of some ghetto children playing with toy guns, which turned out to be a very controversial picture to post, very controversial indeed.

Brooklyn's Mystery London Girl - This week, photographers managed to snap some pictures of Brooklyn Beckham having fun with some friends and looking very close to one of them in particular, a mystery girl with lovely long locks and a beautiful pixelated face.

Wakeboarding with Dad David Beckham - On Instagram this week, Brooklyn posted pictures of his mystery tropical holiday, where he has been spending time with the Gordon Ramsay gang and teaching his dad David to go wakeboarding behind a speedboat. Cute sister Harper also gets herself a couple of mentions.

Instagram Chocolates on David Beckham's Face - Brooks has been a bit of a prankster this Christmas, embarrassing his dad David by covering his face with chocolates while he was sleeping, taking a photo and then posting it to his extremely popular Instagram account. Also in the BB news, the family went ice skating and saw Santa Claus in his grotto.

That Shirtless Picture - Brooks has a new puppy called Olive and was pictured being kissed by him mum, but all everyone is talking about is that shirtless black and white photo that he posted on Instagram.

Golden Boards and Victoria's Dating Rules - Victoria has made a long list of dating rules for Brooklyn to follow, and there's even more Instagram news on offer.

David Beckham's Jumper on Brooklyn's Instagram - The world held it's breath this week when it turned out that Brooks was wearing one of daddy David's jumpers without his permission.

Heart Warming Story about Brooklyn Beckham - This lovely story involves an Instagram post about mummy Posh Spice, or Victoria Beckham as she likes to be called these days.

New York shopping spree for trainers (or 'sneakers') - With some family news about David Beckham, sister Harper and Prince Harry, and there's also that famous Instagram selfie entitled 'Working Out'.

Spotted at the 'Glamour Women of the Year Awards' - He's out with his mum again, as well as being papped doing a tricky half-pipe on his skateboard, but what does that actually mean?

Shopping in West Hollywood with Romeo - Yet another shopping trip, together with newspaper stories about a mystery woman and a new family home in the Cotswolds.

Dating Sonia Ben Ammar and a pumpkin patch - Featuring news about some surprise body piercing, and is there a gorgeous French model girlfriend on the scene?

Doppelgangers and playing soccer with Harry Styles - It looks like there is an imposter who looks exactly like Brooklyn, and there is some news about a very mysterious tweet that seems to have an ambiguous meaning.

Brooklyn Beckham Instagram Account - Lots of arty black and white pictures to look at, and a few colour images as well. 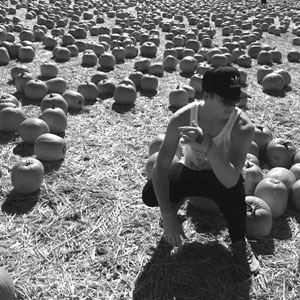 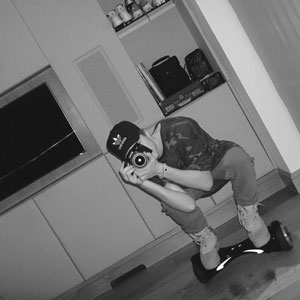 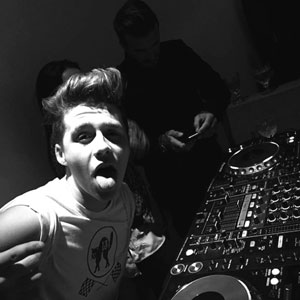 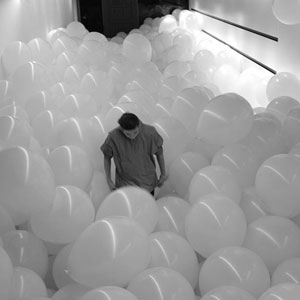 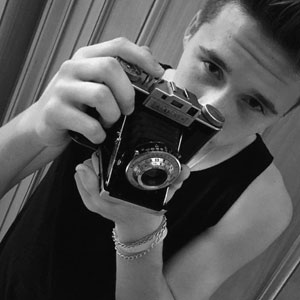 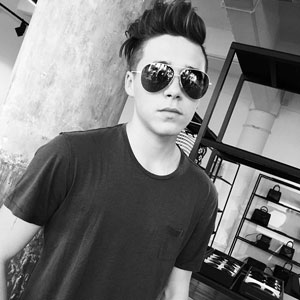 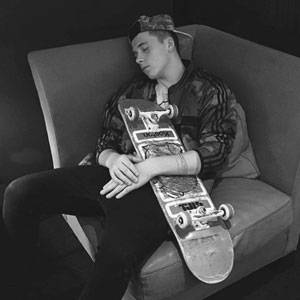 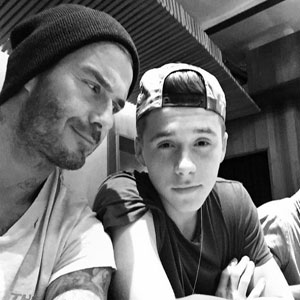 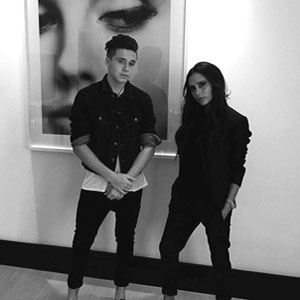 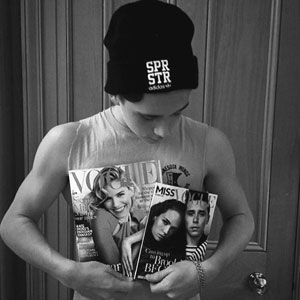 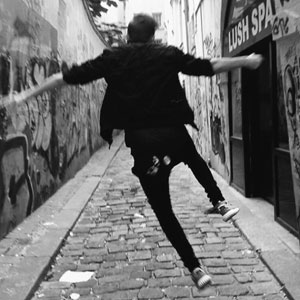 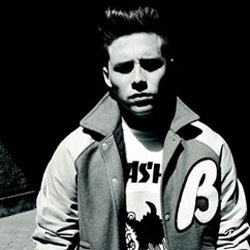 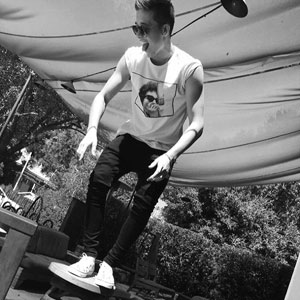 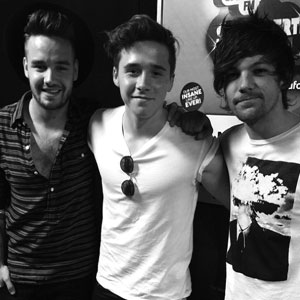 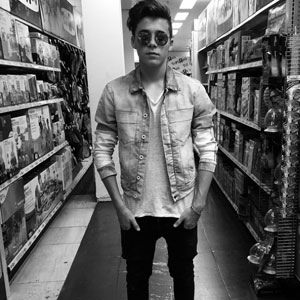 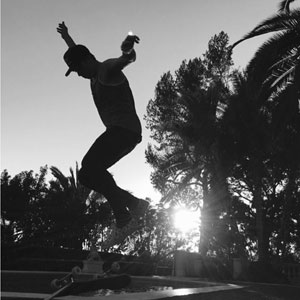 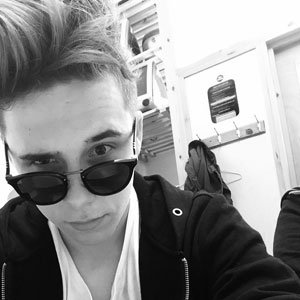 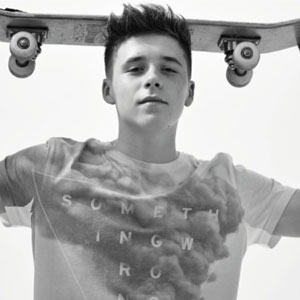 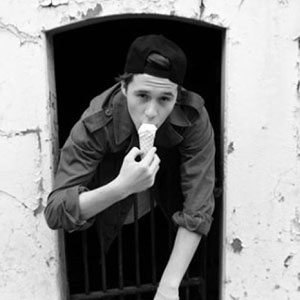 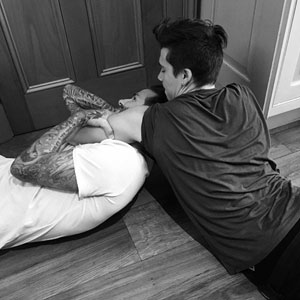