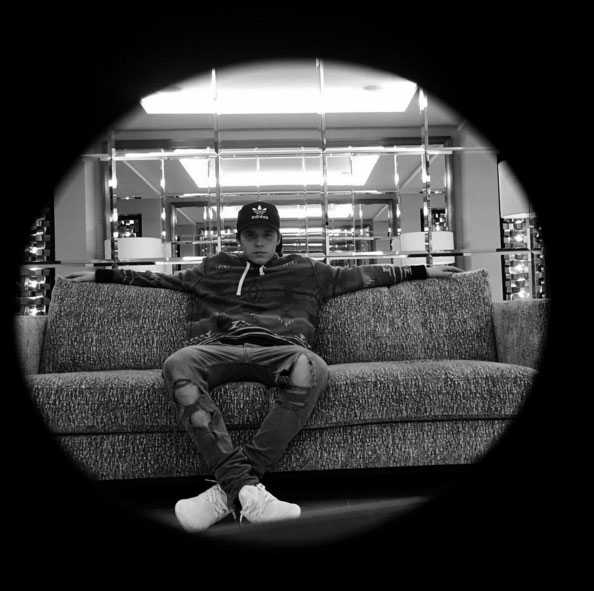 Budding photographer Brooklyn Beckham was seen out and about this week with dad David and younger brother Cruz, when they were walking home from a meal at a swanky restaurant in Notting Hill. Brooks was wearing a green military jacket. On the way home, he noticed a brick wall and so got his dad to stand in front of it while got took a quick photo of him. And yet again, it was headline news all around the world.

Victoria Beckham has recently made a list of dating rules for 16-year-old Brooklyn, who we now like to call Golden Boards, because of his epic skateboard skills.

These dating rules include being home by midnight, always taking a phone, and no more than one date night in a week, so that his homework doesn't suffer. Both David and Victoria are said to be very fond of his latest girlfriend, French actress Sonia Ben Anmar.

Brooklyn recently posted yet another black and white picture on his Instagram account, showing him sitting on a sofa with ripped jeans and his Adidas cap, with just a circle emoji as the caption. His fans went crazy, saying that he looks just like a young David Beckham.

James McVey from The Vamps has asked Brooklyn to spend Christmas with him, after striking up a friendship when they were recently filming the video together for their 'Wake Up' single. James said that Golden Boards is 'a super nice guy and crazy talented'. Yes, he does take nice black and white photos doesn't he James?!

And that is the end of this week's BB News.