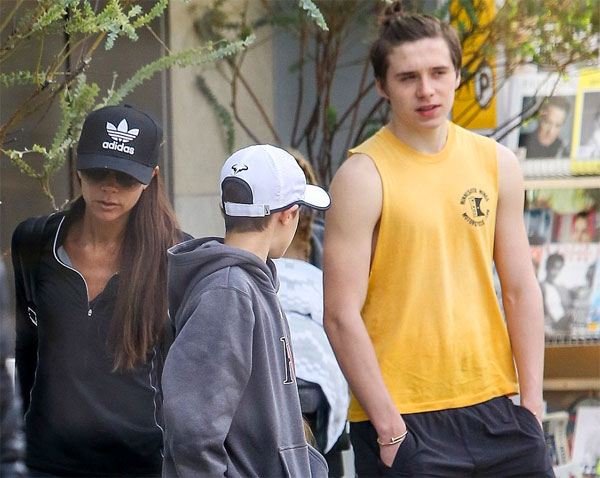 Brooklyn is clearly a family boy, who dotes on his younger siblings, especially his cute baby sister Harper. The whole family were recently spotted spending some time at a local gym, with Harper skipping out of the front doors wearing a huge grin on her face.

Mummy Victoria Beckham looked like she was wearing Brooklyn's black Adidas cap for a change, while Brooks himself seemed to have something rather strange going on with his hair, which is clearly getting longer and longer. He had tied it up to form a 'top knot', a mini ponytail. Hopefully his hair was simply getting in the way while he was working out at the gym, because I'm not entirely sure that this particular hairstyle suits him, or any guy come to that. It's all very 2015!

Brooklyn Beckham's Instagram account is continuing to gain an army of loyal followers, now numbering close to seven million. Some of his latest photos show him skateboarding, holding a kitten with a close-up of his bitten down fingernails, and driving a car. There is also a particularly cool photo of his brother Cruz swimming underwater. And that infamous top knot hairstyle seems to have made another appearance. 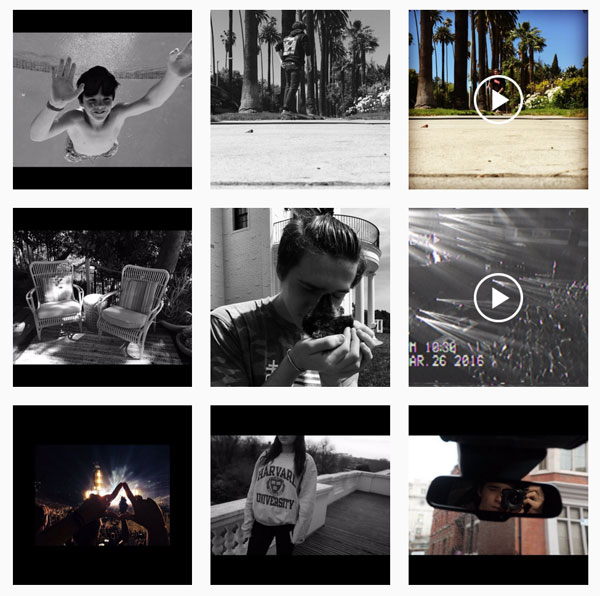