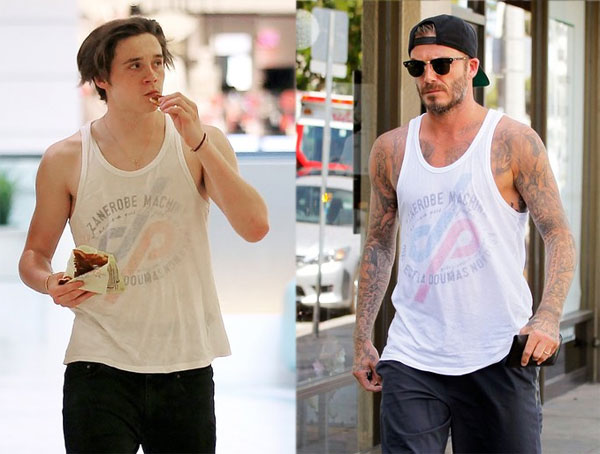 There's all sorts in the news about lovely brooklyn Beckham this week, he has certainly been a busy boy. Brooks was spotted in Los Angeles on Monday, having a chilled out lunch with a good friend.

The 17-year-old son of famous couple David and Victoria was seen scrolling through his phone, before heading out to West Hollywood the following night, to the trendy 'Nice Guy' nightspot - and there was no sign of his usual black Adidas cap whatsoever.

There was another news article about Brooklyn and his dad David, saying how funny it is that the young Beckham boy keeps borrowing his father's clothes. Brooks is clearly making the most of the fact that dad David must have some enormous wardrobes packed with all kinds of amazing designer gear.

Later on this week, Brooklyn was papped out and about in Beverly Hills, during a shopping trip with a friend. There was no sign of his top knot hairstyle, thankfully, and he was wearing a rather cool pair of red trainers. The photos showed Brooks stuffing his face with a chocolate brownie, with comments generally mentioning how his fitness regime of pull-ups is paying off judging by his physique. Check out the weightlifting picture that he has just posted on his Instagram account. 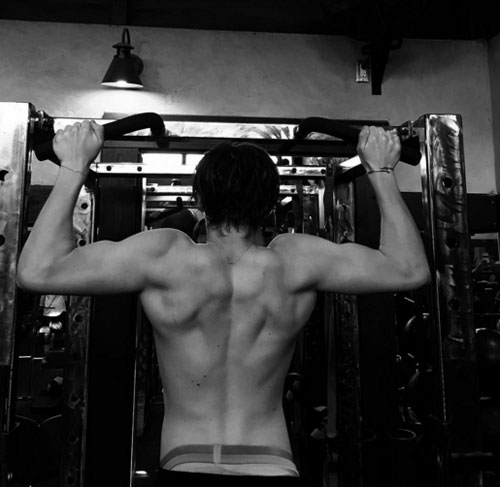