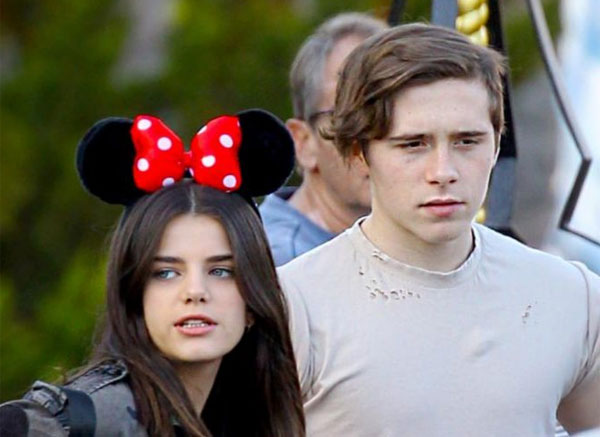 It's been relatively quiet on the news front this week when it comes to Brooklyn Beckham, who has pretty much been keeping himself to himself for a change.

The budding photographer has posted a few intriguing pictures and videos on his popular Instagram account, including a rather grainy film of a concert that he attended the other night, captioned with the words 'Great show last night mate.' It is unclear who he was with, where the concert actually was and who was performing, but it looks like he had fun anyway.

There was also a photo of Brooklyn's hand resting on his legs. He was wearing knitted fingerless gloves and an army camouflage jacket, although the exact colours will remain a mystery, since as always, the arty photo was in black and white.

David Beckham has spoken out this week about how he becomes physically ill when he has to travel and leave his family behind - wife Victoria, sons Brooklyn, Romeo Romeo and Cruz, and adorable daughter Harper. He said that he is finding it increasingly difficult to balance his work life and his home life, even though now he likes to class himself as being retired.