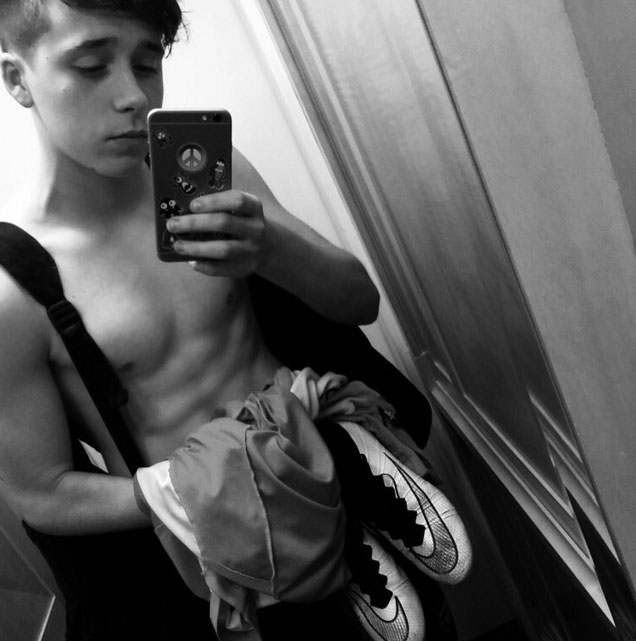 There is some more funny Brooklyn Beckham stories in the news this week, most of which revolve around his extremely popular Instagram account and his parents accounts as well.

Firstly, mum Victoria posted a picture of her kissing Brooklyn on the cheek while he frowned, with the caption 'Never too old for a kiss from your mum'.

Then Brooks posted a picture of his new dog, a cute brown cocker spaniel puppy called Olive, because it has its very own Instagram account called olivebeckham23. And it already has around 60,000 followers. Crazy.

Other Brooklyn Beckham newspaper articles this week include Golden Boards shopping with dad Golden Balls, where David Beckham treated Brooks to a new skateboard. And he was rocking a very colourful Mexican-style Aztec hoodie jumper.

But the headline story that has got the world talking about Brooklyn this week is when he uploaded that shirtless picture of himself, showing his rippling muscles and six-pack. And it was in black and white, of course, that goes without saying.

Within a few days it had almost half a million likes and thousands of comments. Good work: