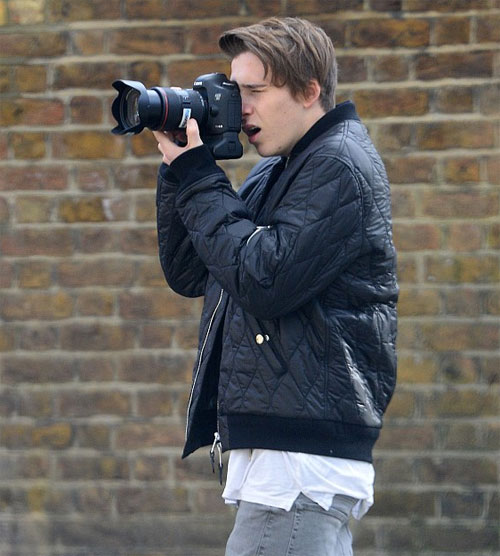 Brooklyn Beckham was asked by Burberry to be one of the photographers on a recent social media campaign.

So, 16-year-old Brooklyn turned up with his Canon 5D camera and took lots of photos, but the next day, professional photographers round the world were furious, calling the photoshoot a farce. They moaned about how the Beckhams seem to have such influence in the world of fashion, resulting in nepotism and favours for their budding photographer son Brooklyn.

They said that Brooklyn only got the job because he is the son of David and Victoria Beckham. The jealous photographers also said that he wasn't holding the camera correctly and probably didn't have very good technical skills, although they all agreed that his photos were actually excellent - and we wholeheartedly agree. Nice work Brooks, and don't take any notice of the haters, it's just not worth it. You just carry on taking great photos and you'll soon change their opinions, probably.