NiliPod - Photo of Cardboard Masks of Dan and Phil


Photo of Us Dressed as Dan and Phil, Playing Seven Second App 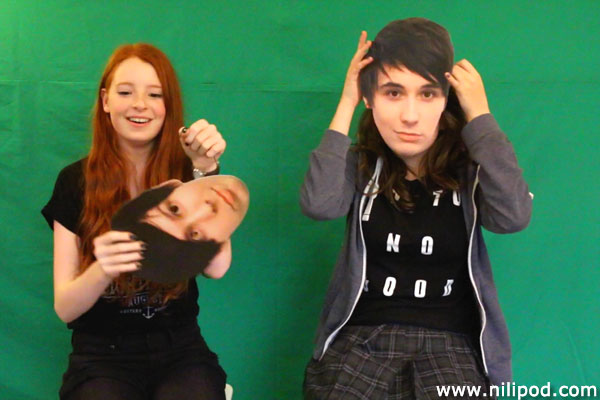 This is another picture of us wearing our lovely, lovely cardboard Dan and Phil face masks, bought from the very wonderful 'danandphilshop'.

We like to wear these to get into character when we play their epic app game, the Seven Second Challenge.

We recently watched a YouTube video when Dan and Phil were on the red carpet at the Brit Awards, interviewing celebrities and getting them to play a quick game of the Seven Second Challenge. Ed Sheeran had to tell them a secret, Jess Glynne had to say something that wouldn't happen that night, Fleur East described water without saying the word 'water', Conor Maynard had to do the Macarena dance in seven seconds, and Rebecca Ferguson told a scary story about a ghost.

And then Sam Smith came along and talked about things in his bedroom, Nick Jonas had to make up a poem about the red carpet, Ella Henderson had to describe the year 2700 AD, and Years and Years had to show three different emotions, which all seemed to blend together.