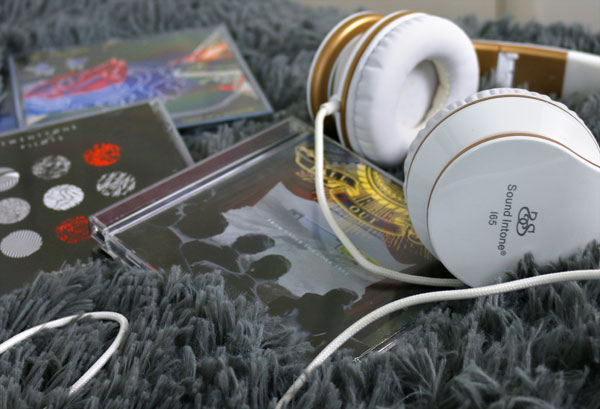 Music is an important part of my life and I spend many hours a day listening to music at home, when I'm walking to school, in the car and basically anywhere that I can. My iPhone / iPod is filled my hundreds of my favourite songs, and my trusty headphones are never far from hand.

I find that listening to music and my favourite songs is a really great way to relax, particularly if I'm stressed and need to unwind, and I love playing music while I'm having a nice bubble bath with a Lush bath bomb. Although I download a lot of music, nothing really beats buying an actual CD from HMV (other record stores are available), holding it in your hand, taking it home and put it in the stereo. And it's even better if you pump up the speakers so loud that the windows start to rattle a little bit.

So, I have decide to dedicate this section of the NiliPOD to my musical interest, my favourite songs at the moment, what I'm listening to and what's topping the charts. I love Twenty One Pilots and Fall Out Boy, as well as MCR (My Chemical Romance) with the wonderful Gerard Way. Justin Bieber seems to be churning out some pretty cool music at the moment, and I love the song that Ed Sheeran wrote for him, or with him - Love Yourself. And you can't go far wrong by listening to Ed Sheeran's amazing X (Multiply) alum, or Taylor Swift's 1989 - Shake It Off, Bad Blood and Blank Space are all awesome feel-good tracks.


The Very Best of Prince Album - The music of Prince will no doubt live on forever, and this greatest hits album contains many of his biggest and best songs, including 1999, When Doves Cry, Kiss, Alphabet Street and Purple Rain.

Best of David Bowie Album - After the sad news of David Bowie's rather unexpected passing, his 'Best Of' album has zoomed up to the top of the charts, and rightly so.

Pillow Talk by Zayn Malik - One Direction fans all over the world were devastated when Zayn Malik left the band in March 2015, but what is his very first solo single like?

Adele's 25 Album - Adele's latest album surprised everyone when it suddenly came out on 20 November 2015, even though fans knew it was in the pipeline, and it still seems to be going down well.

Justin Bieber's Purpose Album - With number ones all around the world, there is a reason that this album has sold so many millions of copies - it is really good.