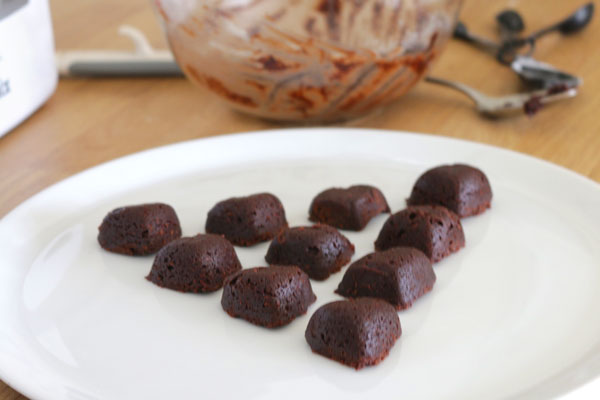 My friend came round the other day and we both fancied some cake - but the problem is that she's vegan, so that means most cakes aren't suitable because they contain eggs and butter.

We had a quick experiment with the main ingredients and came up with the most delicious vegan chocolate brownies, which take only ten minutes to make and bake. Here's the recipe if you want to have a go yourself.

Melt one bar of vegan dark chocolate in a glass bowl with a large spoon of margarine - I melted mine in the microwave for about a minute and a half, but you need to be careful in case the chocolate burns. Alternatively, you can melt this above a saucepan of boiling water.

Spoon the vegan chocolate brownie mixture into individual moulds - I used a heart-shaped silicone ice cube tray from Ikea. Then cook in a microwave for two minutes on full power.

Allow to rest for a minute and smooth over any mixture that has spread using a teaspoon, and then cook for a further minute, taking care not to burn them.

These vegan chocolate brownies have quite a crumbly cookie consistency, and so it's important to allow them to cool down properly so that the melted chocolate can set and firm them up. I put mine in the freezer for 15 minutes.

Last step - carefully remove the brownies from the moulds, dust with icing sugar and eat with ice cream. If you're vegan, then maybe skip the ice cream part perhaps! 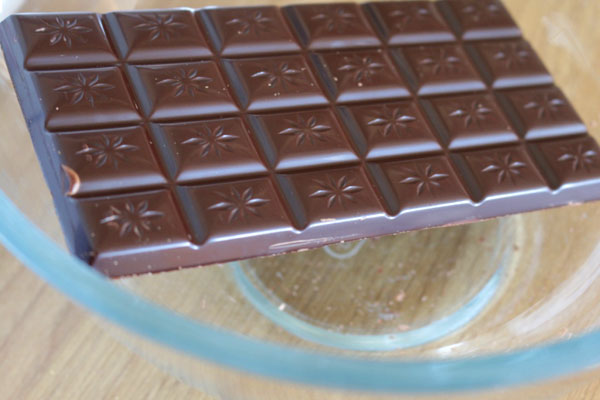 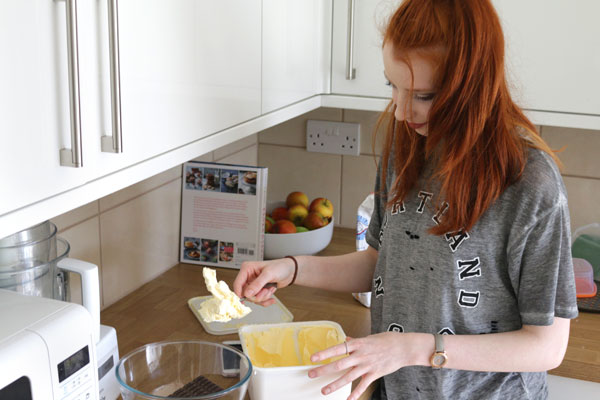 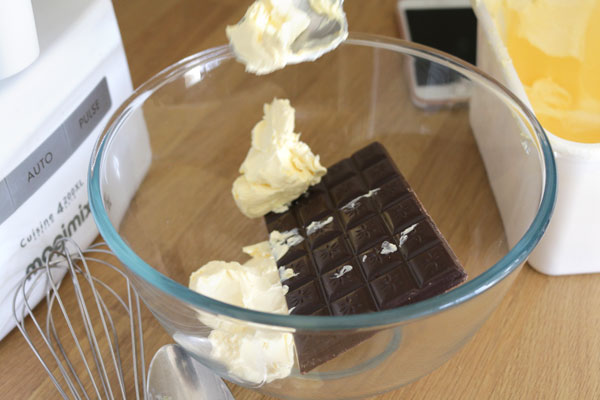 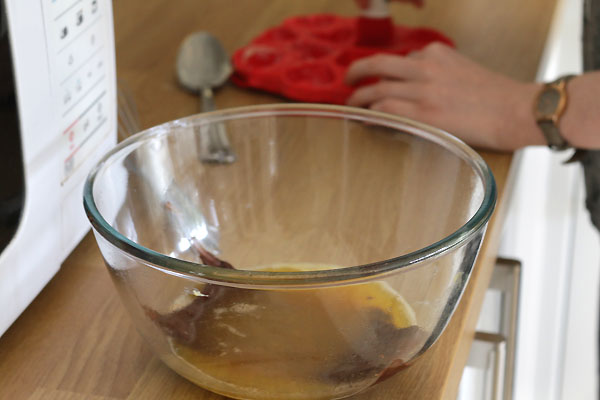 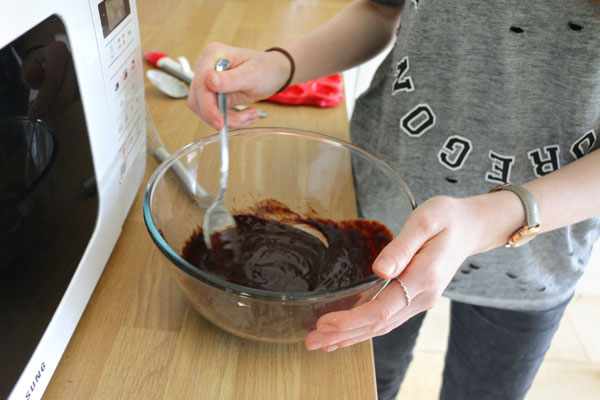 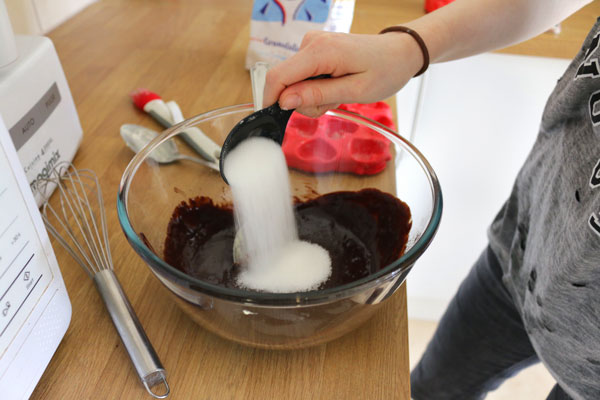 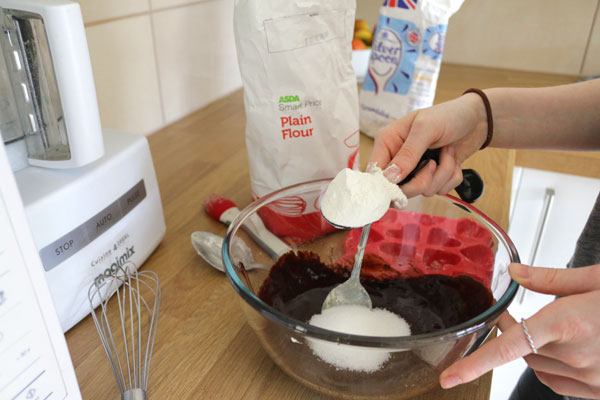 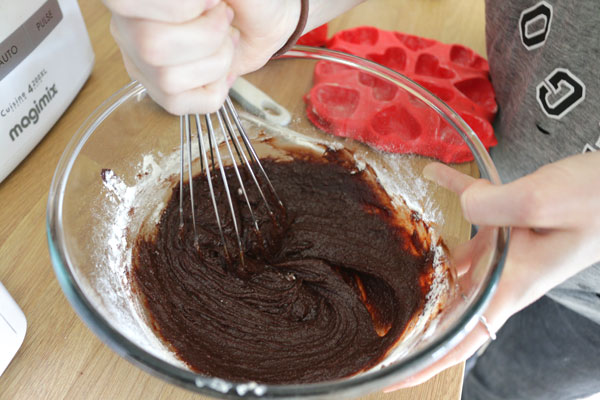 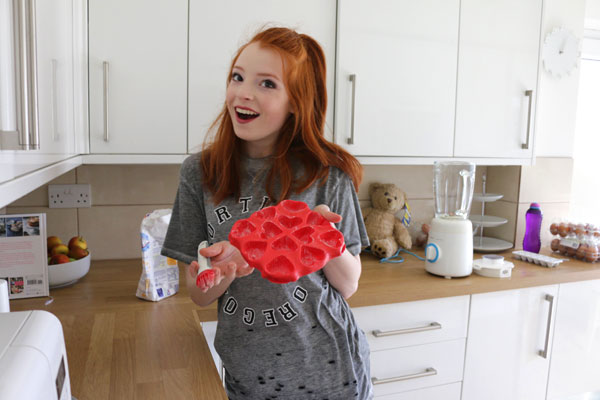 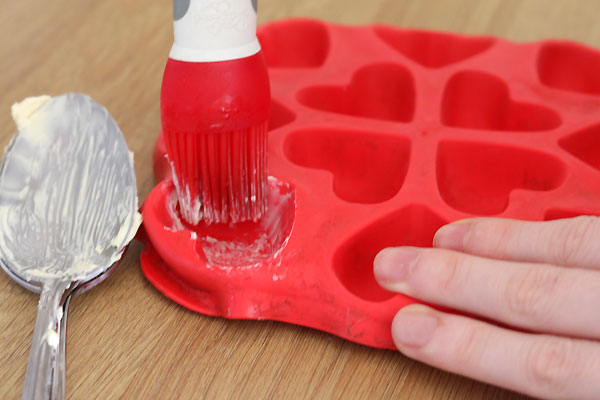 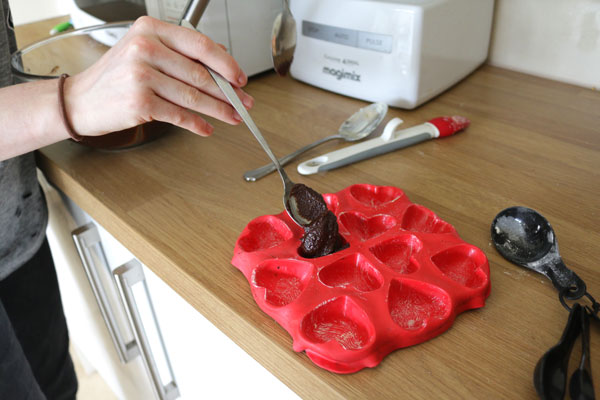 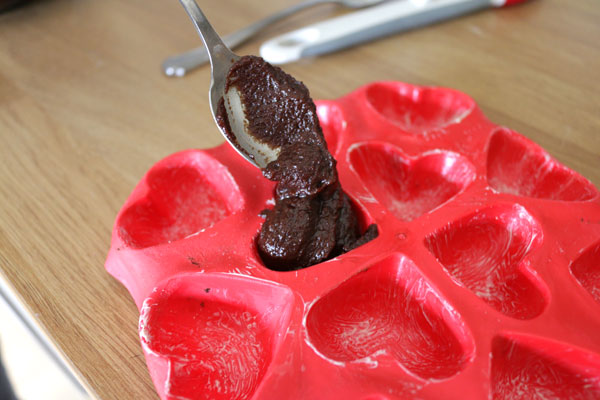 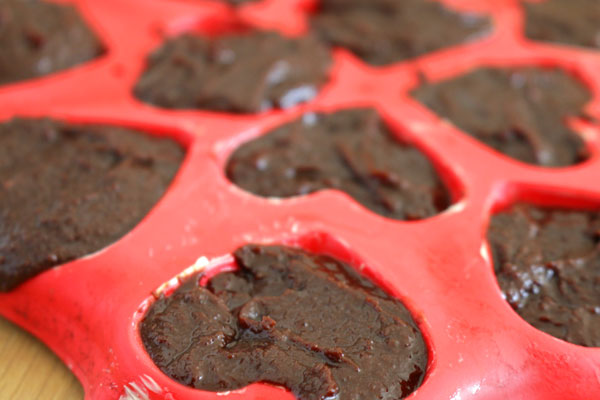 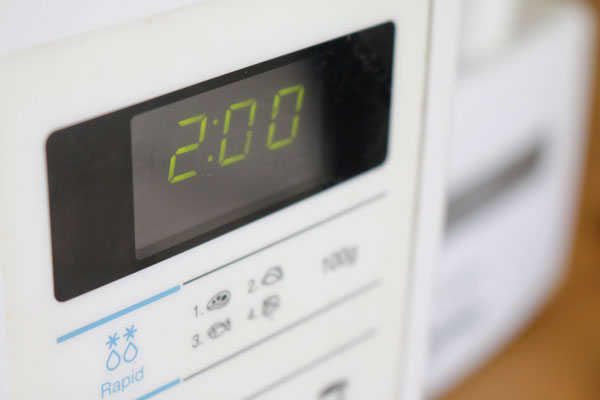 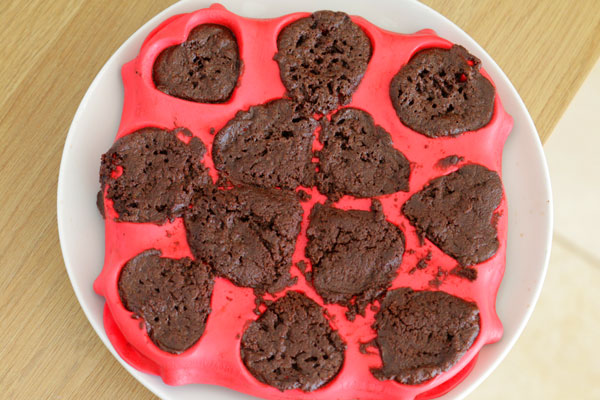 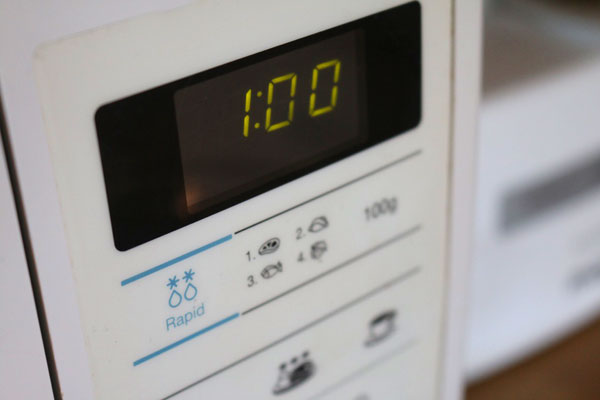 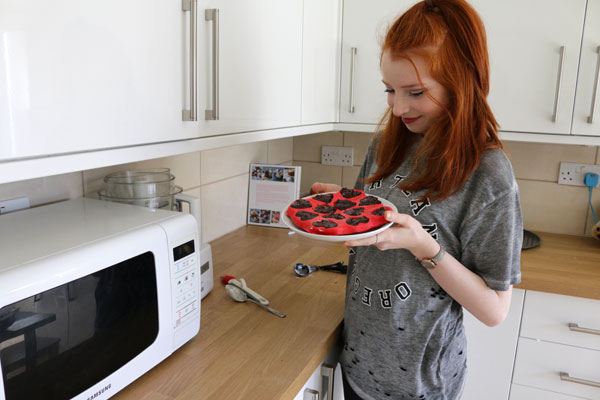 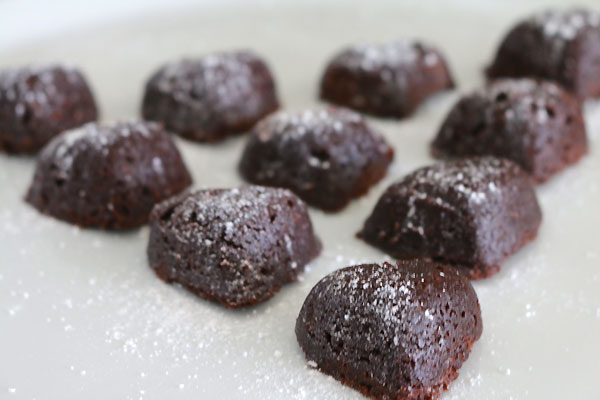 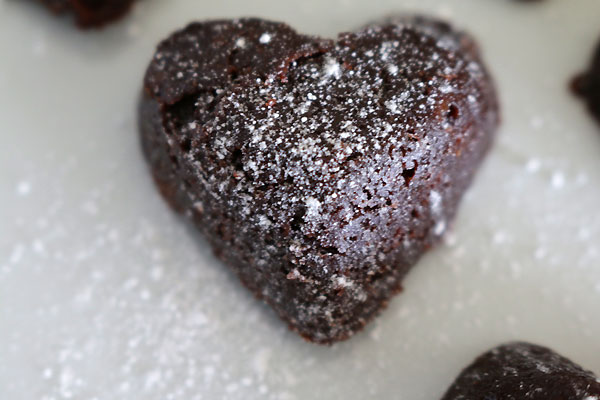 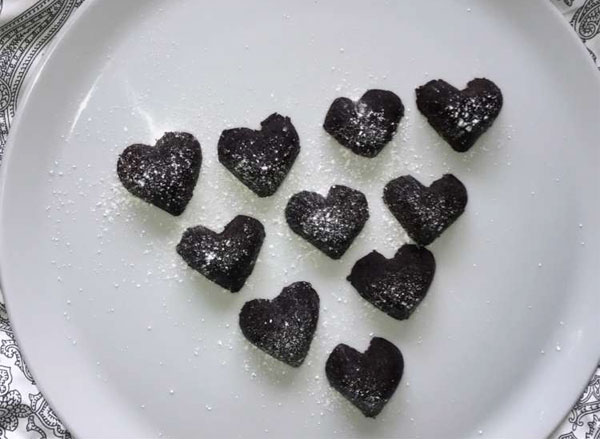