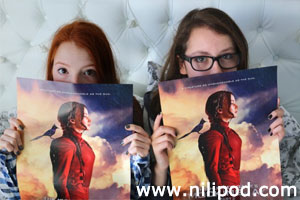 I've got my popcorn, did you get the pic and mix Liv, and the jumbo cola for us to share, because it is time for some:

Well yesterday we went to the Odeon and saw the premiere of the final Hunger Games movie, Mockingjay Part 2.

It was packed. Completely sold out. Good thing that we booked out tickets in advance. We are so organised. 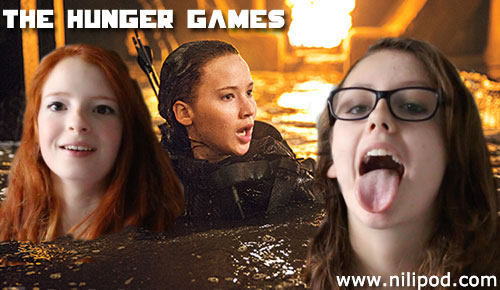 Here's a quick taster of the trailer:

Exciting stuff there. We're going to talk about the film now, but don't worry, there is no spoilers.

[MARKS OUT OF TEN]

The special effects were amazing. Every time there was a loud noise, Liv would just grip onto Nia's hand. Liv has always hated loud noises ever since she was little. The explosions made everyone jump a lot, and the scene with the oil / tar tsunami was so incredibly tense.

Nia was an emotional wreck by the end and her shoulders were shaking, as she was crying so much. Liv cried at the end as well, and her eyes melted, because she was so sad that the whole thing was over. The ending was so cute though, and Katniss looked so pretty.

In the cinema, Nia's eye-liner was all smudged down her face. Although they had already read all the books and they knew what was going to happen, like releasing the mutts (mutations), it was still good and it was quite true to the book. Nia has never cried so much in a movie before, although 'The Fault in our Stars' and 'The Boy in the Striped Pyjamas' were two other films that they both found really, really sad. A NiliPOD movie rating of a massive 11 out of 10.