NiliPod - Film and Movie Reviews: Alvin and the Chipmunks, The Road Chip


Review of Alvin and the Chipmunks: The Road Chip (Certificate: U) 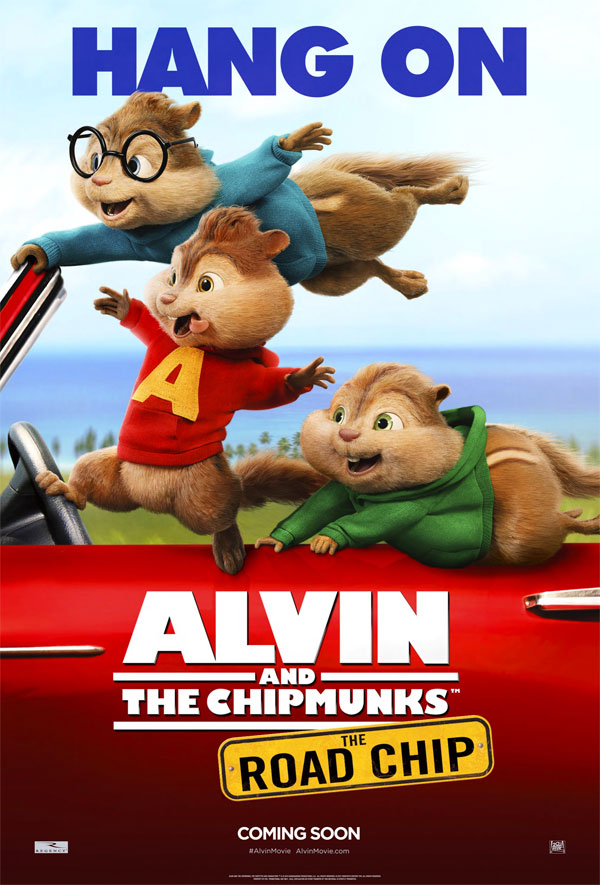 Released by 20th Century Fox, 'Alvin and the Chipmunks: The Road Chip' is the fourth installment of this really cute film series. It still stars Jason Lee (off of My Name Is Earl), who plays long suffering Dave, while the real stars are of course the animated chipmunks themselves, namely Alvin (voiced by Justin Long), Simon (voiced by Matthew Gray Gubler) and Theodore (voiced by Jesse McCartney).

The premise of the film is that Dave is now in a relationship with a woman called Samantha, who has a rather nasty son named Miles. When Dave and Samantha head off to Miami on business, the chipmunks all team up with Miles to sabotage Dave's planned marriage proposal.

Their road trip to Miami obviously doesn't run smoothly, and all of the chipmunks get into all kinds of trouble along the way, as you'd expect. Yes, this movie is very much aimed at young children and is a little bit predictable, but I've seen all of the Alvin and the Chipmunks films and I'm not afraid to admit that.

I think that they have slowly got progressively worse, as the humour is diluted and milked for every penny that it's worth. The fart jokes made me smile though, along with some other visual gags, but not enough to make me laugh out loud, sadly. Nevertheless, I did enjoy this film, mostly, and I would certainly recommend it if you like the other three - Alvin and the Chipmunks, The Squeakquel and Chipwrecked.

Movie Information: Alvin and the Chipmunks - The Road Chip