Review of The Divergent Series: Allegiant with Shailene Woodley (Certificate 12A) 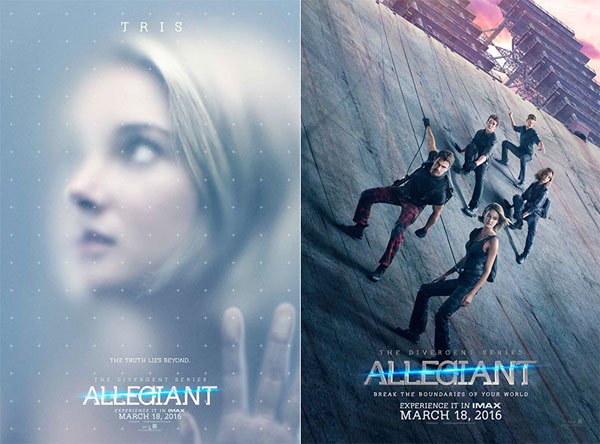 I absolutely love the Divergent series of books, they are so gripping and basically a really great read. Therefore, it would seem fairly logical to also think that I would be a fan of the film adaptations, but that's not necessarily the case with this particular movie, or indeed the last one.

I thought that the first film Divergent, starring Kate Winslet, was excellent. Shailene Woodley plays a character called Beatrice 'Tris' Prior, who lives in a futuristic world where the population is divided into five different factions, namely Abnegation (selfless), Amity (peaceful), Candor (honest), Dauntless (brave) and Erudite (intellectuals), while some people are 'Factionless'. Tris is one of the few people left in the world who is classed as 'Divergent', with tests showing that her attributes would place her in multiple factions, but this is not a good thing.

The second film Insurgent was another box office hit, but the storyline did rather stray from the book a little, and so hardcore fans like myself were left disappointed. In fact, there was a bit of an outcry, and so I had hoped that the latest installment named The Divergent Series: Allegiant would have taken the feelings of book fans into account. How wrong could I have been? It was massively different and left out some major things, it really was an appalling interpretation. I left gobsmacked at how the ending was so massively different, because in the Allegiant book something happens to Tris that affects Tobias in a big way, but apparently not in the Allegiant film!

It was not until later on that I found out The Divergent Series: Allegiant movie was actually 'Part 1' and another movie is currently being filmed, called Ascendant. I'm not quite sure of the logic in basing both films on a book called Allegiant and not calling them 'Part 1' and 'Part 2', like Harry Potter and the Deathly Hallows, and The Hunger Games: Mockingjay. No wonder I was so confused. And even more importantly, there's hardly any of the book left to turn into another film, so I guess that they will just make up things once again and milk it for all it's worth. Perhaps I'm being harsh, because if you've not read the books, you'll probably enjoy the films more. However, I have and I'm left wanting more.

Directed by - Robert Schwentke
Produced by - Douglas Wick, Lucy Fisher and Pouya Shabazian
Written by (screenplay) - Adam Cooper, Bill Collage, Noah Oppenheim and Stephen Chbosky
Main actors - Shailene Woodley, Ansel Elgort, Bill Skarsgard, Daniel Dae Kim, Jeff Daniels, Maggie Q, Miles Teller, Naomi Watts, Octavia Spencer, Ray Stevenson, Theo James and Zoe Kravitz
Running time - 121 minutes
Budget - US$110 million (approximately)
Nili Rating: 1 out of 5 - This really is a shocking adaptation of the book and I am certainly not alone in thinking this, but if I'd not read the book and loved it so much, I'd have probably given this movie a '3' rating.