Oh, I do love a bit of good news and I'm really in the mood for some. What's have you got this week Nia, any good stories? Has Mary Berry been up to anything naughty again in her Bake Off tent?

Lots of nice stories Liv, and a few others, and yes, Mez-Bez has been boozing her way into the papers this week. She does like a drink old Mary. Finally something seems to be going right for the BBC's revamped Top Gear show - at last. Chris Evans has just announced that his new petrol-head co-host will be none other than Matt LeBlanc, who is best known for playing Joey on Friends. Hey - how YOU doin' Matt?!

Swash and Solomon the Showbiz Couple of the Moment
Lovely cockney barrow boy Joe Swash and sexy Essex girl Stacey Solomon have been secretly dating for three months. They are being called the King and Queen of the jungle, as they were both winners on I'm a Celebrity, Get Me Out of Here.

Katie Price's Bunny Ears
Katie Price has been criticised for getting her baby daughter Bunny's ears pierced, because she's only 17 months old. 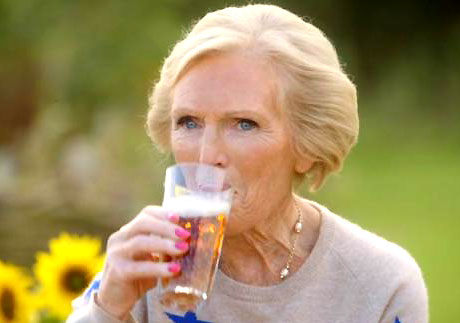 Everyone knows that Mary Berry is never happier than when she's got a gin and tonic in her hand, or pretty much any kind of booze, apparently. Well, this week on her BBC2 cookery programme, she tasted some garlic beer and let's just say, it didn't go down very well with Mez-Bez.

Teen Money-Saving Madness
Trying to save money, an 18-year-old boy called Jordon Cox saved himself just under £10 on his £50 train fare from Sheffield to Essex, because he found that it was actually cheaper to fly there, via Berlin in Germany. It did take him roughly ten hours longer though to make his point.

Crazy Pensioners Shoot Swans with Water Pistols
Pensioners living near Stroud in Gloucestershire have armed themselves with water pistols and super-soaker guns, because they are fed up with being attacked by some very, very angry swans. Residents say that their lives have been made a living hell. The swans are even attacking passing cars.

The Queen is Keeping it in the Family 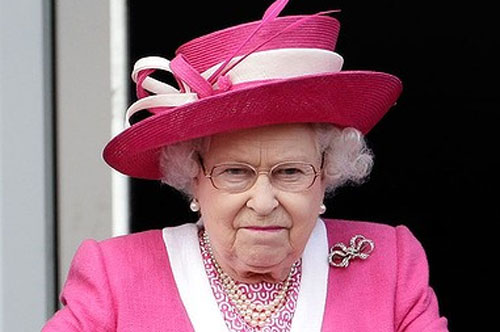 And talking about crazy old pensioners... we mentioned recently that the queen is having a huge birthday party for 10,000 people and charging £150 per guest.

Well, she's given the party planning contract to her grandson, Princess Anne's son. Keep it in the family ma'am, good idea.